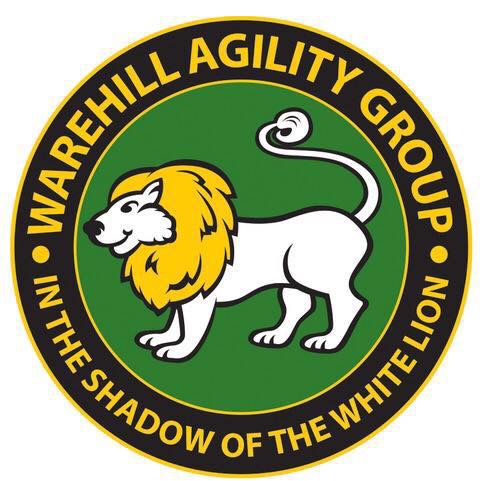 Warehill was established in 2008 by Hilary and Peter Crew.

After being a member of warehill for many years and assisting with the training, Andrew and Teresa took over in 2017. The equipment we train with is being regularly updated to keep up with the continuous changes in the agility world. We try and put on starter classes as often as we can so many new people can join the agility community, and many experienced handlers can bring up there new dog. We strive to keep agility fun for both handler and dogs. We love sharing the experiences with our members and encourage them to improve at all times. We encourage positive/high reward with our training, as the dogs are only doing it because they want to please the owner/handler.

Andrew Sully ACAI, is a qualified instructor by the kennel club, in training dog agility, He has been competing in KC agility shows since 2001. He started his hobby with a dog called Shep, He was like a torpedo, so fast he could barely keep to the course. He then started training his second dog Sam. Sam was another very fast Border collie which eventually won him up the grades into grade 4. After having to retire her after a successful time in agility, Andrew now competes with his latest dog Polly, and is also doing really well with her as well. While competing with dogs Andrew also trained other people in agility at Bats Agility and went onto become a fully qualified ACAI instructor.

Teresa Sully started her career in agility with a large Border collie called Toby, he was again very fast and very stubborn. Teresa then went onto train Floss, which was a loving gentle dog, she was consistent and also made her way up the grades. Floss was known as the training dog as she would work beautifully for anyone, even young children. Teresa now trains and competes with a fully deaf dog called Jack and has magnificently worked her magic to grade 5 . Its amazing to watch and to know that she does it all from body language and positioning of her body. Teresa is also now bringing on a new bundle of joy, a beardie/border collie called Fee, she is showing amazing potential to be a star, and has amazing balance skills.

Phillip Williams started in agility in 2003 with his first dog called Eve, she was a border terrier and was always working hard, constantly getting seconds and thirds in competitions, she made it several times to finals of winter series and even qualified into the Agility club finals. Finally ending her agility career in grade 4. While competing with Eve he started training another border terrier/Jack Russel cross called Cain, this was a dog with an attitude. But worked his magic into grade 5. While Phillips wife was pregnant with their children, Phillip and Teresa and Andrew ran Adam and won him into grade 6 . Phillip now runs a toy poddle called Abel, which is like a miniature rocket. And showing amazing potential.